Found only on the islands off the Southern California coast, these wee foxes have had a dramatic comeback from Endangered Species status. 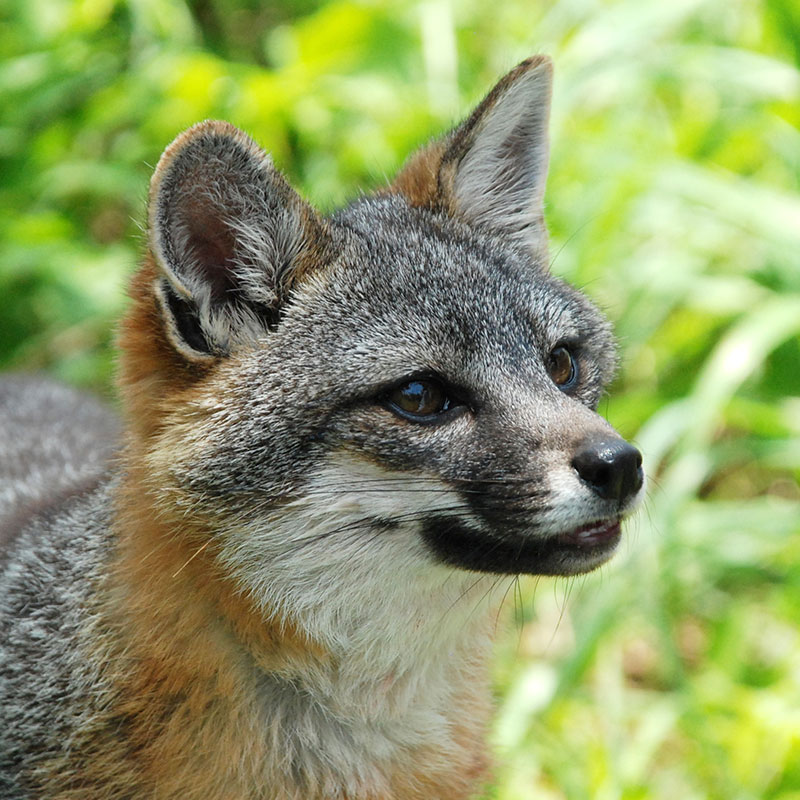 These two island fox brothers were found orphaned on San Clemente Island and brought to the Santa Barbara Zoo.

Island foxes are descendants of mainland gray foxes, but have grown smaller over thousands of years to adapt to the limited resources of their island homes.

About the size of housecats, island foxes are the smallest foxes found in the U.S. But even at five pounds, they are the largest land mammal on the Channel Islands and the apex predator.

On the islands, they hunt both on the ground and in trees, as they are agile climbers. It depends on the island, but foxes can catch deer mice, birds, crickets, beetles, earwigs, snails, and even crabs found along the shoreline. They also forage for fruit from cactus, manzanita, saltbushes, and sea figs.

Each island has its own genetically distinct fox subspecies, as they evolved independently. The number of the foxes’ tail vertebrae, or ear and leg size, for example, varies from island to island.

No foxes live on Anacapa Island, as it has no reliable source of fresh water, or Santa Barbara Island, which is too small to support a population. Back from the Brink

Fans of island foxes rejoiced in August 2016 when subspecies on three of the islands were removed from the roster of federally endangered species.

In just 12 years, conservation efforts successfully responded to a nearly 90% decline of the wee candid, making it the fasted de-listing ever of any mammal on the list.

Why had the foxes disappeared so quickly? It was a chain reaction:

Canine distemper and a viral disease that swept through the population were also factors. Regardless, at one time only 15 foxes remained on Santa Rosa Island, for example.

The Santa Barbara Zoo is proud to have provided veterinary and animal care staff support to this effort, and of our continuing work with the U.S. Fish and Wildlife Service and National Park Service to monitor and study island foxes. 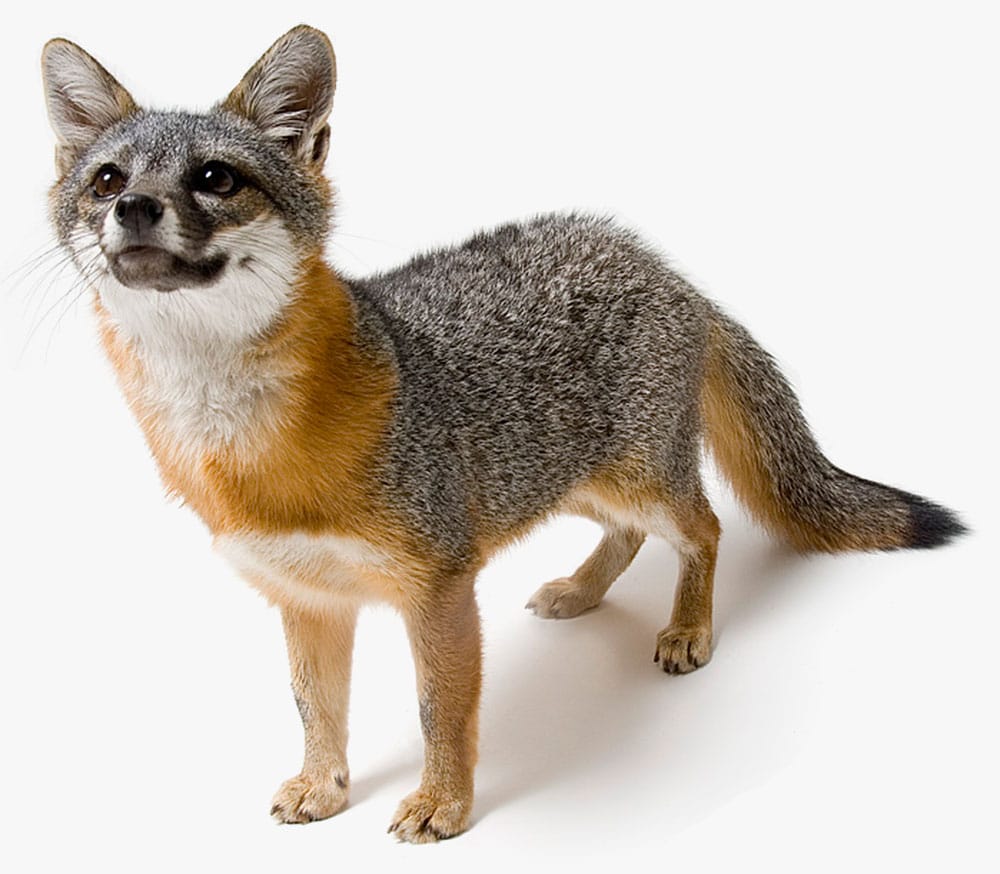 ”Island foxes are omnivores, and eat a lot of different things. A few years back, we put out several different ingredients that could be used to make beer, and let our foxes ‘pick’ which ones were to go in that year’s Zoo Brew signature brew. They were curious about all of them, but kept coming back to eat the cherries. Clark didn’t eat the hops, instead he peed on it to mark it as his. Draughtsmen Aleworks created a beer they called Zorro Cereza Cerveza, which is Spanish for ‘fox cherry beer.’

See “Back from the Brink.” The ICUN Red List now places them at “Near Threatened,” as opposed to the “Critically Endangered” status of the recent past.

Have a “Green” Lawn

DDT, a powerful pesticide, was dumped into the Pacific Ocean off the Southern California coast from 1947 to the early 1960s, eventually leading to a crash of the island fox population (see Back from the Brink). After a rain, runoff from residential gardens — and any pesticides used in them – also go into the ocean. Control insects and weed problems in your garden and lawn by using “green” gardening practices instead of pesticides. That helps keep sea life – and the creatures on up the food chain, including foxes and humans – from harm.